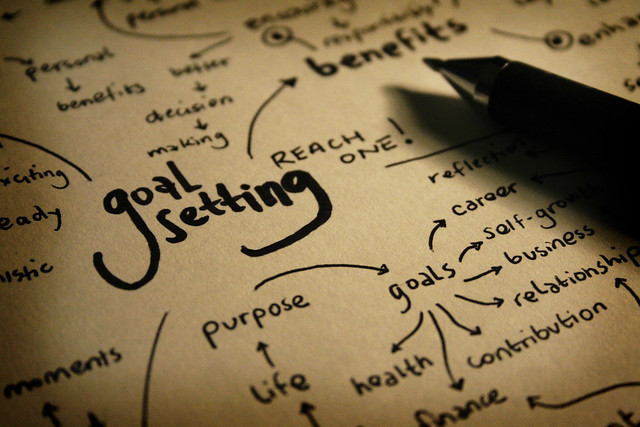 Ok I started this blog to help record my BJJ adventures but that leads to the question should I share what I’m planning to do next? Will keeping my goals public or private make a difference? It seems there is a case for both……

Public – Shout them out! So why share your goals – i found the reasons for sharing tended to fall into 3 main themes:

Private – keeping it personal There has been a host of research done on this which all favour keeping goals private. Apparently announcing your plans to others satisfies your self-identity. – apparently telling people satisfies your self-identity just enough that you’re less motivated to do the hard work needed (W. Mahler 1933). It’s been found that if a person announced the solution to a problem, and was acknowledged by others, it was now in the brain as a “social reality”, even if the solution hadn’t actually been achieved. The whole concept is summed up really nicely in 3 minutes in this TED talk – http://youtu.be/NHopJHSlVo4

There is also school of thought that you shouldn’t event set defined goals let alone share them as by Defining your goals you’re defining  your limitations. The example given is – A marathon runner aims to race sub 3:30 he calculates what needs to be done in training and achieves his goal on race day (goal setting works – yeah!). Now imagine if instead of that he commits each week to follow a balanced program of muscular endurance, weights, and track work. Each week he meets this commitment – a commitment to continuously improve. Come race day he runs even faster. In this case, setting a goal of 3:30 would have meant they didn’t get the best out of himself – he would have sold himself short.

The concept is that successful people may not all set long-terms goals, but they do commit to growing as an individual. They look at what they can do each day to make a small improvement that, over time, adds up. In fact a 1% improvement, over 68 days means you will be 100% better than you were yesterday which obviously fits with BJJ where improvement isn’t always smooth and linear but consistent training and effort is generally agreed to be a key element to improvement.

Ultimately though in BJJ it’s only natural to set at least some short or medium term goals such as targeting a competition but I’m currently really torn on the best approach regarding how open to be about them. Each angle has its pro’s and cons so I’m really interested to see what other peeps think. So feel free to comment or get in touch. What works for you guys?

2 thoughts on “Goals – Public or Private?”