A common conversation on the internet and generally is whether you should do private lessons in BJJ and if they are beneficial. Well on the 21st May 2013 I sent an email that would change my BJJ journey forever. I sent an email enquiring about booking my first BJJ private lesson. Now the majority of people I know don’t have private lessons for a number of reasons including time, money or generally not thinking they’ll have any use from them which is fine but I thought I’d share my personal top reasons for having private lessons.

1. It’s all about me! – Yes it’s a highly selfish reason but private lessons are all about me and what I need. I say need as I’ve only had privates with coaches who have shown me what I’ve needed to learn rather than simply what I wanted or fancied. But whether it’s a fundamental movement drills 101, how to work around your training partners awesome de la riva guard or the next bit of your competition game plan it’s what I need to know rather than what happens to be on the curriculum that week (unless of course that’s what I’m stuck on and want to work on!).

2. You can ask stupid questions! – Yes I know there are no such thing as stupid questions but it doesn’t always feel that way in class. So you can ask why a move is worth so many points in competition, why you don’t want to stick your hand there or anything else BJJ based you want to ask!

3. Accelerated Learning – You are getting 1-1 support on your game, not to mention personal and instant feedback. Plus then there is the homework your set as part of your learning whether it’s whether it’s thinking about something particular like mapping out what techniques you know from a position or trying a specific technique combination in rolling. Combine all of that focused time and energy together then it’s not a surprise that your learning will accelerate and you’ll get better quicker. One of my coaches used to say that a one hour private was the equivalent of two hours in class because of the increased focus. 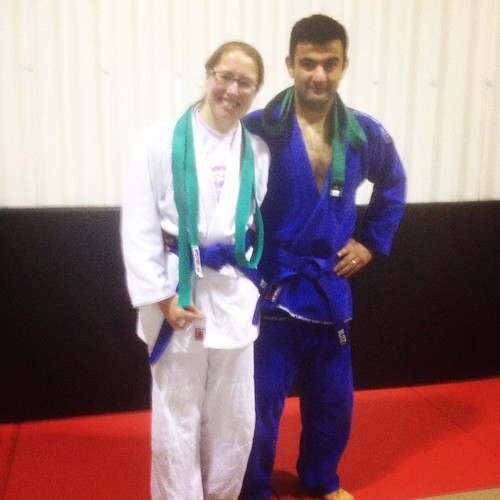 4. Competition Support – A large amount of my privates have been around this. Not just the actual techniques and tactics side of things but an opportunity to have those chats about a 101 things – whether it’s confidence boosting and nerve prevention or picking me up after a bad comp.

My most memorable private lessons of recent times was when I’d been injured in the run up to competition. I’d been working on an alternative game plan, my rehab was better than anticipated and everything was actually going to plan until training the week before the competition.  The class before our session had been a disaster leaving me mentally broken! I’d crossed the line between feeling nervous about competition to actually being scared (which wasn’t me or a pleasant place to be)!

So what magic did he weave? Well it wasn’t a new sneaky move. It was a lot of fundamentals and it was all about polish. Everything we did was precise, everything I did had to be right (and if it wasn’t he stopped me and I did it again!) . Ultimately it was about showing me the strength of the game plan I’d developed, that I could do a number of the moves I’d be scared to try in rolling and generally giving me the confidence I needed.

After that session I was also sent lots of lovely text in the days left running up to the comp to check how I was feeling and motivate me which were totally appreciated. I only won bronze in that comp but it was my first IBJJF medal and emotionally it totally felt like a gold.

Fight Coaching – Rick and Me

5. Competition Coaching – When I started this was a huge thing for me. Now it is not as important to me but if you are lucky enough to be at comp with your coach from private lessons then the coaching is a breeze. Nobody knows your game better, you trust that he knows what to do (because he taught you it) and you’re used to listening to them so you can pick their voice out of the noise. It does not guarantee you the win but it has got me out of some sticky positions!

6. Flexibility– If you struggle to make classes than privates could help you not only help you keep up but also give you your mat fix. I also have to say there is something really lovely about rocking up to the gym on a sunny afternoon, your instructor playing some cool tunes and spending an hour in a virtually empty gym just enjoying some jits. It’s a great way to switch off and refocus for a while. 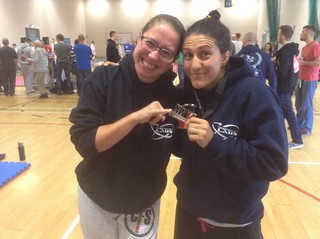 7. Friends – The best privates are with coaches you click with. I’ve been fortunate enough to become really good friends with all my coaches I’ve had privates with, something to do with a lot of mat hours together! It’s not guaranteed but it’s certainly been a bonus!

I’ve been having private lessons now for over two years and I am so fortunate not only to have found good coaches but also that I am lucky enough to afford them. They are still the session I look forward to most each week. I’m interested to hear what other people’s thoughts are on private lessons or any reservation they have about them. Just get in touch via the comments or drop me an email.