Nobody joins a BJJ Club with the expectation that they’ll leave it. Once you settle in you make friends and become part of a team. Your reputation as an athlete becomes intrinsically linked with that of your gym. Personally I was at the gym 3-5 days a week taking different classes and I had just sweated my way up to Blue Belt so things were pretty good. But then life and in particular work threw me a curveball which meant either seriously reducing my training hours or changing my gym.

The internet is full of advice and articles on changing gyms. How to do it, how not to do it and how to avoid being a dreaded Creonte! Perspectives have varied from “pah! it’s just a business transaction” through to “it being like the divorce from hell”. I’m not sure if I’ll add much advice to the pile that is already out there but here’s my personal perspective:

Be Selfish
Now most people’s first thoughts online was thinking about telling their head instructor and yes that is right up there on my list. But my biggest advice is to first take a deep breath and think of yourself. What do you actually want to do? Where do you want to go and train?

I’m extremely lucky that through seminars and open mats I know a lot of people at several other local gyms and I am pretty sure all of them would have made me feel welcome; but I wanted to pick the right one for me. Realistically it came down to two natural choices – my husband’s gym and the gym where I have had regular private lessons. Both gyms had timetables that fitted better with my work but it made sense to go with the coach I knew better (plus it meant not training with my hubby!). A few texts to double check that it was ok and I knew where I was heading.

You may need to do a few discreet visits or enquiries to be sure what is right for you. It’s unlikely you’re moving gyms due to a rash decision but having the clarity on what you’re doing and why makes it easier to do the next steps.

Tell Your Head Coach
Whether you were friends with your head coach or not he deserves to know your leaving and why. He’s made an investment in you by teaching you and ultimately the BJJ community isn’t that large so you will still see him at events etc (unless you’re leaving the country!). So it makes perfect sense to try and keep things as amicable as possible.

What and how you tell him is totally up to you. Face to face is the most personL approach and was my preferred approach (nobody likes getting dumped by text!). But like many well laid plans my original plan to speak to him face to face went totally out of the window. He was in a rush with a busy class change over and I had just nearly had a full on emotional breakdown as one of my teammates (who had no idea what was going on) gave me a hug. I didn’t want to risk crying in the gym and certainly didn’t want to make things awkward by blubbering (crying) my way through telling him. I told him via messenger (which although impersonal was one of our usual methods of conversation), I gave him my reasons for moving on, letting him know where I was moving on to and thanking him for his support. At the end of the day this wasn’t a goodbye, I would still be at competitions, seminars and part of the judo club. With his advice to “have fun” I could then move on to telling other people.

Who else to tell? 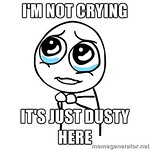 This is really up to you but I did make a mini list in my head. Do you need to let the gym manager know re your membership? Assistant coaches? Friends? Again I opted for messages, mainly for speed as I wanted people to hear from me and not someone else but also because it was easier for me (a reminder again to be a little selfish). During those texts I am pretty sure my keyboard started giving off dust as my eyes started watering!

How much notice should I give? / Should I just leave?

Another personal choice. One thought is that having a countdown to leaving is a great thing to do especially if you’re moving away. However, that didn’t feel right for me.  I was a little bit of a chicken by not having an official last training session. It wasn’t actually by design at the time but simply that I had planned a light training week (it was just after a competition). I know some of my friends and teammates felt slightly robbed by not having an official goodbye but personally I’m slightly glad I didn’t.  By this point of telling people I was an emotional wreck and the last thing I needed was a fuss. But on a positive we had gym drinks night planned for the Friday night which turned out to be an amazing night (with a few “I love you guys” moments!) and a girlie BJJ road trip to a seminar on the Sunday so it wasn’t like I just vanished!

There will be certain domestic things that need doing including emptying your locker. My last training session at the gym was one of the quieter nights so I took advantage of an empty changing room to get that done. I found it one of the hardest things of the whole process (other than messaging my old coach) as it makes it all very real. I gave the key to one of my training partners to return. If you have a lot of branded gym kit and patches it might also be worth considering any gym friends you’d like to pass them onto. 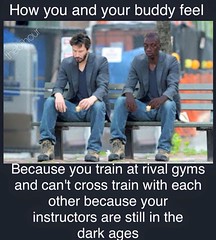 Your gym friendship are probably the most worrying part of this whole process but if people you train with are actually your friends they will support you no matter where you are. Open mats exist for a reason! If gym politics stop them coming to train (then its probably great that you moved in the first place!). Plus you can always catch up for coffee or something (yup there is life off the mats lol!). Ultimately you might lose a few facebook friends but if that’s the case then they really weren’t friends in the first place and did not actually have your back (except in occasional rolling)! 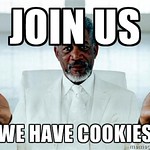 Well it’s only been a few weeks since I moved clubs so its hard to really say. I obviously miss some of my friends (its odd not seeing them several times a week) but there’s still texting and stuff. Things are different and each gym has their own culture. So all I’d say is don’t worry if things feel weird (even if its in a good way). Just enjoy the challenges of new rolling partners and exploring different games. You’ve not moved to the dark side or anything that dramatic, you’ve just started a new chapter of your BJJ journey. Beside this new side of BJJ may have cookies, in fact my new gym did!!

I hope you find this article useful and if you have any questions feel free to get in touch. Changing gyms isn’t easy and it can be emotional but I’m a big believer that things happen for a reason (even if it’s isn’t that clear at the time). So time for the next step in my BJJ journey – Time to start hustling as part of Factory BJJ

4 thoughts on “Moving BJJ Clubs – Tips from a Personal Perspective”