One of the challenges I set myself to keep me motivated for training after the world masters was competing in the British Masters Judo Championships. So after spending so much time and effort preparing for the World Masters did I decide to throw myself into a Judo competition?

Well the reason I compete in Judo is simple. You can’t fully appreciate a sport until you’ve tried it and secondly to progress into the higher grades there is a requirement to prove your skills in competition. In terms of its connection to BJJ for me I started Judo the same week I started BJJ so it’s always been linked in my learning and my BJJ game (I’m now a blue belt in both!) But here are the main benefits and reasons I commonly mention:-

We have common roots

Judo and BJJ have common roots that are often forgotten.

You’re not necessarily cross training your just rounding your knowledge! The history in a nutshell is that a direct student of Jigoro Kano (the founder of modern day Judo) called Esai Maeda befriended Gastão Gracie and offered to teach traditional Japanese Jiu-Jitsu to his oldest son, Carlos Gracie who in turn eventually passed his knowledge to his brothers including Helio Gracie. The rest is history!  The Gracie Academy website gives a much more detailed history if you’re interested.

BJJ starts standing up. A successful takedown is worth two points in IBJJF rules so learning a few can be handy. This is the area where the crossover is the greatest. The names may change but the throws are technically the same. Olympic style judo may have banned grabbing the legs and a few other throws for sportive reasons but traditional and freestyle judo instructors still teach a whole range that are very adaptable for BJJ. With that in mind it’s also really important to learn breakfalls in BJJ and I’ve found Judo has done a great job in developing mine!

Some people may prefer a wrestling approach to takedowns or to pull guard and sweep but variety is the spice of life! This video from a few years ago featuring my Judo coach Sophie competing in BJJ pretty much sums up the discussion for me (apologies for my friend Tim’s commentary! –

In Judo you have limited time on the ground to either pin or submit your opponent. This is obviously a big difference to BJJ where pins would result in stalling warning and penalties and where you have more time to work and develop a submission etc. But I’ve found Judo training helps two fold. Firstly it helps with your speed and urgency, I’ve found my judo training particularly useful in scramble positions. Secondly how often do you get the chance to start standing at training? Judo training has given me that extra time to work my transitions from the actual takedown.

The style of Newaza / Groundwork

By the nature of Judo competition there are certain strengths and weaknesses to the newaza in relation to BJJ. In terms of strengths a good judoka has a great understanding of attacking the turtle position and from my experience really know how to put that pressure through top control and in particular have an evil side control. Although linked to the limited time on the ground I’ve found its been helpful both in terms of imposing my game as well as taking opportunities. Obviously I still believe in BJJ fundamentals such as securing the position (and from a comp perspective points) before going for the submission but when you’re behind on points with time running out the experience and confidence of just “going for it” has really helped. A friend shared this video on Facebook recently that actually sums up the key differences in style really well:

So what happened in the competition? Well I’d only fitted in one judo session since getting back for the states and a big chunk was spent recapping the rules especially the difference in the newaza. I travelled to the event in Walsall with my Judo coach and friend Sophie Cox with absolutely no expectations of the day other than trying not to get disqualified!

On arrival due to a low entry in the female division (I was the only one in my category – Kyu grades) I was merged with the next category up which meant that it was time to rumble against the black belts. Now despite Sophie’s reassurance it would be a great experience I felt totally out of my comfort zone! 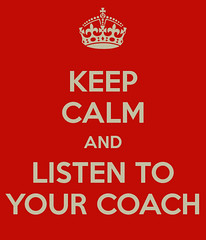 As usual my coach was right! I got to fight five fabulous black belts and although I lost all of my matches I wasn’t totally outclassed or looked out of place in the competition. My lack of judo competition experience showed at times with some game plan errors and in places I lacked sharpness but overall I performed well. Regardless I certainly expanded my comfort zone and am looking forward to working on achieving my 1st Kyu (brown belt) and stepping up to fight these ladies again.

Judo isn’t everyones cup of tea. Some people prefer guard pulling whilst others wrestle but it has the potential to really help your BJJ game. My advice is don’t dismiss it until you’ve properly tried it. Like all things it will take a while and a bit of practise to get it working in your game. But if you still not sure I’ll leave you with a Judo for BJJ demo done by the fabulous Sophie Cox.

One thought on “Judo for BJJ”