As you’ve probably picked up from my previous posts my BJJ isn’t just about getting better and pushing myself but also using it as a great excuse for fun and adventures. With this in mind I headed to Berlin for the IBJJF Berlin Open.

I wasn’t alone in my adventure as I was travelling with my hubby and sharing an apartment with my good friends Sophie, Kat and the gorgeous baby Leo (plus Minion Dave obviously!). So what ever happened it was gong to be a good weekend. 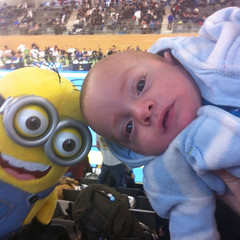 We arrived in Berlin on the Friday night (the evening before the competition) and met up with everyone else who had arrive the day before. Not much adventure was to be had that night other than finding the supermarket, cooking, eating and settling down. Although Dave  wasn’t happy when he realised that he now had serious competition in the mascot stakes against the lovely baby Leo!

The no-gi was scheduled to take place first with the Gi later in the afternoon. This meant the morning before the comp was spent chilling out before heading to the venue. Regarding the actual competition the simplest way to put it is that the competition didn’t go to plan! In my brackets my first opponent was disqualified / a no show so it was a straight final. My top game felt really strong and despite taking an early lead a stupid mistake cost me the match ultimately by wrist lock. Lesson learnt to trust my training and stick to my game plan! 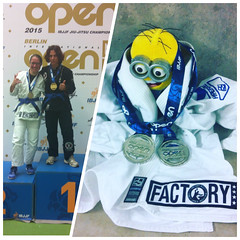 I did get the opportunity of a rematch in the absolute and this was a much closer affair with a much better performance although it was a still a loss this time by refs decision.

I definitely have a few things to work on after this weekend but I also have to say that I never felt uncomfortable or outclassed. It was all about the game plan execution on the day. My strength and cardio all felt good. I think one of the advantaged coming out of this competition was the psychological realisation that I’m definitely at the stage where I’m comfortable at IBJJF events (and know the ropes). Plus now I feel that I’ve now settle into my belt. I’ve gone past the time of being a “baby blue” and now need to start working on growing and imposing my game. 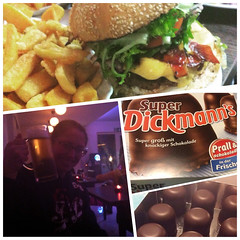 Having the competition in the late afternoon did seriously limit my sight seeing over the weekend but Berlin was still a great city. It has great transport links and from staying in the relax outskirts combined with a bit of historic sightseeing I think I also got a reasonable taste of the city (including tasting Dickmanns, giant burgers and a German beer of two)!

Overall during the weekend I got to enjoy a good well organised competition (regardless of the results) and I’ve identified some training goals for the next few months. I also got to spend time with my hubby and friends in a great city that I’d never been to before!  Plus it actually worked out comparably cheaper than the recent IBJJF London open. I’d definitely consider doing it again or recommending people to give it a go if their interested in flying out.