It’s now roughly 6 weeks to the IBJJF European Championships. This doesn’t mean the same for everyone but  for me means that it’s now time to start increasing my training volume and intensity. On the other hand I have had some friends and teammates that have already been in competition mode for well over a month. On personal reflection I’ve had some competitions I’ve taken at less than a week’s notice and others I’ve prepared for over 12 weeks or more. So how long should you take to prepare for a competition?

I don’t think this blog will necessarily give any answers to that question but it will give me an opportunity to bounce some thoughts that have been going around in my head and perhaps give you some things to consider when planning your next comp. 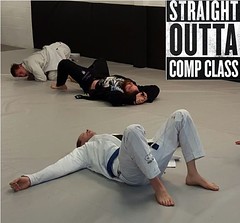 A quick search on the internet shows that the average preparation window is around 6-8 weeks. But I’d argue it does depends on what you do as much as how long you prepare for? On the run up to the world masters championships I ended up training around 7-8 hours a week which was less than I planned originally. The simple reason why was because I actually had to programme in an extra rest day. Not because of the duration of my training was too much but my intensity was. If every session is a “hard” session then there is high chance you can burn out or even worse “break” (get ill or injured). You can’t keep you foot fully on the gas all of the time. You have to listen to your body and as a part-time master grappler that means you have to have light sessions or rest even when you don’t really want to! It’s counter intuitive but more mat time doesn’t always equal better!

Work and Life
Linking to the point above. Have a look at your diary leading up to the competition. Work and Life may get in the way, whether it’s late night meetings, business trips or the parents visiting. Accept that training may get interrupted and try to plan around it. If you can switch rest days then great! But try not to chase those training hours, if you know there’s going to be a few sessions interrupted then you might want start thinking about competition a little sooner.

Your diet might mean that it might be wiser to think about the competition sooner rather than later especially if you need to lose weight for your desired weight class. A slow and steady diet change and weight loss can lead to a much happier grappler nearer the competition! Plus ultimately trying to do high intensity training whilst having to seriously lose weight in those last weeks of training is never a good combination.

Psychological Stress
The hardest part about training for competition is that it can be psychologically draining. Your mat times start being solely about competition prep and your game plan. That level of focus can be energy zapping and potentially not a great for competition nerves. It not been a huge problem personally for me but after several comps in a row I have found myself feeling pretty fed up and losing motivation. It’s something to consider and looking at how long in competition mode effects you both before and after competition.

Becoming a better jiu-jiteiro
Being a world champion blue belt would be epic but ultimately I want to be a wrinkly old women who lurks on a corner of the mat with her black belt happily rolling and helping people. 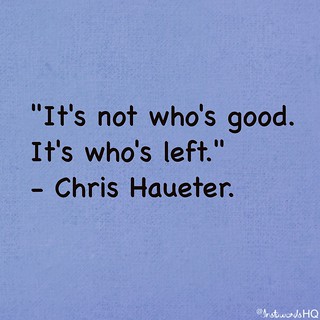 I want to able to roll as long as am on this earth and to be the best that I can be. Competition helps improve your BJJ as it’s a great pressure tester but if you’re always competing then you’re always working your A game and sticking plasters over the gaps in your game. You haven’t the time to take a few weeks exploring a new position, trying new things and generally looking at improving your game. In fact one of the advantages of having to train around a minor injuries has been not being able to do competition style training and working on my weaknesses e.g previously spending two months passing on the “wrong side”. But seriously it may be beneficial to have a shorter camp or do less competition to enable you to have some development time and simply look at being a better jiu-jiteiro. Plus let’s be honest it won’t hinder your competition game in the long term. It’s great to have an epic A game but if you then also have a killer B game, an OK C games and option all through the alphabet it is going to make you harder to beat!

So I guess the simple answer at the end of this blog is that there is no magical competition training camp length! It’s very much personal to you and should be something you discuss with your coach so he’s aware what works for you (life would be so much easier with telepathic coaches!). If I had to leave you with a top tip it would be remember this isn’t your life it’s your hobby, listen to your body and make sure you plan some time during the year to actually get better at BJJ!