It’s valentines day this weekend and love is in the air! So how do you find your prince charming?

A quick Google makes it clear that gym relationships do happen. You have women’s magazines hailing the gym as one of the new places to meet hot, fit eligible guys and girls but what about in BJJ? Well, this is my view on dating in the gym from an outsider’s perspective. Why an outsider’s perspective ?- well I met my hubby way before I did martial arts so I don’t really have any first-hand experience!

So 8 key things to consider about your potential Valentine:

Is it true attraction? – It’s hot, it’s sweaty, it’s physical and that’s just after one hard roll! Add all those wonderful endorphins that exercise creates and one reasonably good-looking person and it’s easy to see how attraction happens. But before you jump in head first – put your feelings in check and thinks about how much you know about them. If you only know their favorite jits position and not much else then you may want to put the breaks on, take a breath and get to know them as a person before you consider making a move.

Fantasy Vs. Reality – He may be a steely-eyed, strong athletic male who dominates all that he rolls with but be careful before you project your own personal “50 shades of grey” fantasies onto him (yup I just went 50 shade of grey in a BJJ blog!). Being a good athlete doesn’t make him your own personal alpha male / Christian Grey. There is no harm in the fantasy and admiration from afar but be careful. As above get to know his real personality first but above all even if you have no intention of action – do not get caught staring at his attributes – it’s just embarrassing!

Status Check – People don’t wear wedding rings when they roll (health and safety) and often spouses aren’t interested in BJJ so they may be out of the gym picture. As part of the getting to know people stage check their status (literally Facebook helps!). It helps avoid embarrassing rejection and enables you to make an informed decision about if you want to make a move.

Do you really want to do the gym “thing” – When gym relationships work they can be a beautiful thing. Just look at Mackenzie Dern and Augusto Tanquinho (edited to add – a bad example they broke up, so thing Angelica & Andre Galvao instead!). But when they go wrong they can go seriously wrong! If it doesn’t work out then you could lose training time – either trying to avoid your ex or to give them “space”. That’s before friends and teammates get involved. All too often one person ends up leaving the gym and training elsewhere and that is usually the lower belt/female. A gym relationship is a serious commitment so be sure before you dive in! 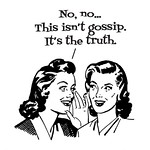 Reputation – As a woman when you start it’s hard to be taken seriously in male-dominated sports. You almost have to prove you can stick it out! Rightly or wrongly if you start dating a guy from your gym very soon after joining it is possible you’ll get a reputation as being a girl more interested in the guys than BJJ. Similarly, a guy may need to be careful as he doesn’t want to get the reputation of being a creep or the higher belt that “takes advantage” of new girls / lower belts. Neither statements are necessarily true but they’re labels that can get thrown around and that people are worried about. The fear of them can cause barriers to a potential relationship starting and even more fall out if you break up.

Instructors – Everything above applies doubly if one of you is an instructor at the gym. Instructors by nature hold power and trust and that can be a very sexy combination! But it’s also one of the reasons why most UK sports governing bodies look down on or ban relationships between coaches and adults (particular at the top level) due to the potential “abuse of trust”. That’s before the potential reputation damage of seducing students or if things go wrong. A quick Google search will find plenty of stories and rumors across sports re instructors and students. They’re not impossible relationships and you’ll find stories of how instructors fell in love and married their original students but please tread with care!

One of the guys – I’ve had friends ask how can I train with a room of guys (both in Thai boxing and jits) and not even have a hint of any attraction. The sad but honest truth is that you can stop being a “female”. Gender stops being part of things to a degree. Your one of the guys, in the friend zone or family. Dating would seem inappropriate or wrong – like dating your little brother or something!. If you’re single that might be a pain but from my perspective, it’s a great place to be!

He’s just not into you! – brutal honesty. Just because you’re one of the only girls in class does not mean that single guys will automatically fancy you or want to make a move on you. Guys don’t necessarily go to the gym to date, they go to train!

I know this is a very personal and contentious issue and there is lots more about it on the internet if you want to search and read more. Two posts I came across are a good guest post on the Heart of Grapplers from a more personal perspective that you may want to check out. Pacific Wave Jiu Jitsu also has a good (if slight older article) on the same topic.

However, you spend your valentines weekend I hope you all have a great one!

3 thoughts on “Dating within the Gym – An Outsider’s Perspective”