I love hearing those “I nearly stories” in the gym changing rooms. “I nearly tapped a higher belt”, “I nearly passed that black belts guard” etc. They feature in some of the best banter and bonding moments that you can have in the gym. I am even guilty of a few myself but it’s time for a reality check!

The majority of stories I hear are from white and blue belts about some epic feat they nearly did against their instructor or the black / brown belts. We’ve all seen the multiple comic memes about this and the reality is that they exist for several reason including…….

It’s a trap! – In the words of Admiral Ackbar (yup a Star Wars reference) “it’s a trap”. You’ve passed into the position that is exactly where they want you. It’s brilliant when you have no idea thats whats happening as you can enjoy the moment but that realisation that you’re being set up but you’ve committed to that path is stomach sinking! 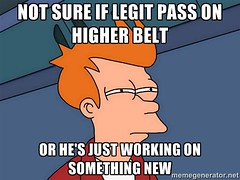 Development – Just think about it as a higher belt for a minute. It must be such hard work dominating and being on top of all us lower belts! Ok stop laughing seriously though when are people going to practise defenses and escapes? Sometimes you will put into a position not because your epic but because they want to work on their game whether it’s escapes or one x submission etc. Lower belts are often guinea pigs for higher belts. Those plans for world domination start somewhere!

Development Part 2 – The better we get then the better training 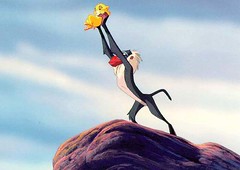 partners we become for the higher belts. That’s the beauty of BJJ if we can help someone get better in turn that will help our journey by providing more technical rolls and training etc. For some reason it makes me think of the circle of life except its not life and death and it’s much more sweaty! But again sometimes a higher belt will let you work your game. Not because it’s unstoppable but so you can practise. Plus by feeling it they can use that jits mojo that they have to spot where you have gaps and where those game changing improvements are.

However there are exceptions to every rule and as a female grappler there are a few giveaways where you have been closer or pushing them although these often aren’t the higher belts but more those closer to you. Your peers or perhaps one grade higher (so don’t picture any epic achievements worthy of legend by any parts of the imagination!).

Talking you through a submission – Not had that one happen too often but if they switch to guiding you through every step (when you both know that you know how to do it) then its a bit of a give away that you caught them!

“I was just seeing…….” – If you hear this sentence followed by a long explanation about how they’re testing where you went, how it went, how it felt then you probably had them in trouble. The key here isn’t what they say but for how long they go on for to justify it! 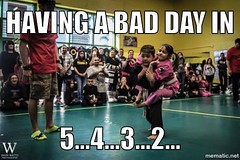 I’m having a bad day…… – Similar to the one above. They finish the roll with you and it’s all about how slow they feel, how they’re not sharp today, think there coming down with a cold, got x,y,z, niggles etc. Again it might be true but if it’s only in the context of rolling with you then it’s a give away that you were on form. I’ll be honest this usually comes out when someone who thinks they should have tapped me – doesn’t. It’s also backed up by how they roll with everyone else that day! 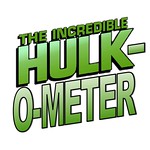 The Hulk O Meter – This comes from experience and is one to really learn and notice. The intensity of the roll escalates and continues to escalate. Now often this is because people want to be a gentlemen, underestimate things and have to step it up to match you. That’s perfectly fine. It’s when it drift into the Hulk O Meter. The roll continues to change and strength and force comes into play more and more. You don’t always see it. You just feel the energy change. My good friend Mr Wandi described rolling as a conversation to me and that visualisation really works for this. It’s like when the tone changes in a conversation – you just know there is a potential problem. You can continue and deal with it or try to defuse it.

I’ve had some rolls where I have given the tap just to calm these brutes down! I’ve also had it where I didn’t. Some ended fine and in some I ended up getting hurt (which is my own fault for not stopping the roll but I don’t tend to roll with those peeps again). My advice overall is to just try and be the bigger women. Smile, tap and know you were totally giving their ego a beating! Although I’ll admit very rarely I do lose my temper and hulk back. Acknowledge it, take a break and relax before getting back in the mat preferably with a friend to roll with.

Let me know what you think on my views of those “I nearly” moments especially if you think I’ve missed anything!

One thought on ““And then I Nearly…..” – Changing Room Tales”