Anyone who has seen my patches, spreadshirt store or simply has hung around with me long enough will know that I use the phrase “Jits & Giggles”. So I thought it was about time I did a quick little blog about how it came about and why I think it’s important!

Like anything the exact time and date of it will never be known but thats often the case with the best stories. As some people have probably guessed its a play on the phrase “s**ts and giggles“. It use came about one sunny day during one of my very early private lessons. I had only been doing BJJ for just over a month so I was generally pretty rubbish at a lot of things linked to BJJ.

But I loved my private lessons and a combination of a quite daytime gym and a supportive coach meant I was willing to try any technique or drill that was thrown at me. So as well as various techniques with my coach there were a lot of solo movement drills and even the odd swiss ball exercise. This meant that frequently the wrong limbs went into the wrong places, I’d fall on, off and over frequently and generally get myself in a pickle. Not forgetting the discovery of my habits of humming whilst learning / rolling in BJJ and going “wheeee” during throws and sweeps! The top and bottom of it was that it felt like playtime and learning BJJ was totally fun!

I’d giggle a lot during sessions, which would often make my coach giggle. Then god forbid any jokes were made at or during this point because it then triggered a serious case of the giggles which could take a while stop!  So basically at some point we started to refer to our sessions as “Jits & Giggles” and it stuck. 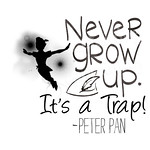 Now time has passed and lot of things has happened in my BJJ world but I still try to remember and stick by that phrase. Because life is too short to be a boring grown up! Those initial training sessions were like being a toddler again – being free to make mistakes, to learn, to try out thing without worry and just generally have a great time. I truly believe becoming better at BJJ doesn’t mean should have to forget that and lose that energy and joy.

Rolling round on the mats with your friends is supposed to fun (even when you haven’t got training partners trying to tickle or wet willy you!). Yes, I do compete and take it seriously (like I am this weekend). Yes, I really do want to improve and yes I do sacrifice a host of things for my BJJ but at the end of it all its about having fun. If your not having fun then why are doing it?

I seriously hope that you all have your own “jits and giggles” moments on the mats over the next week. Whether your simply enjoying the sport, laughing out loud on the mat with friends or enjoying the freedom of trying a new move or technique. And if your not why not? After all……

Life’s too short not to have Jits & Giggles