Ok obviously I am a little bias regarding this as I do actively compete in BJJ. At the moment the competition season is in full swing in the UK and there are a host of local competitions taking place. So whilst previously I have blogged about why BJJ competitions really don’t matter this blog is focusing on the opposite. So here’s why you should consider competing in BJJ at least once.

You don’t know unless you try it! 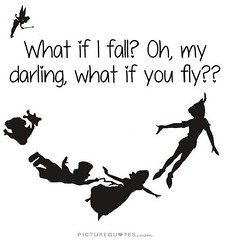 So this isn’t the most serious reason I can give you but a surprising amount of people put limits on their own abilities. They say competition “isn’t for them”, that they’d “never be good enough” or simply that they “don’t like it”. My response is how do you know? How do you know if you do or don’t like spinach, pop music or a new tv show? You try it! If you don’t like it then fair enough. At least make an informed decision by at least popping your toe in the water. If your still not sure about a full competition at least just try a competition style class at your gym. Although I’ll warn you the competition classes are usually harder!

Competing allows you to test out your BJJ
It’s great training with your friends and training partners on a weekly basis but you do begin to know each other’s games really well. BJJ competition gives you a chance to test out your BJJ against someone roughly the same experience / age / gender and weight. OK not all competitions can cater for all those variations especially as a female grappler but ultimately it will still be an opportunity to test your moves against an unsuspecting opponent.  There is a phrase in BJJ that you “either win or you learn”. Personally I don’t think learning is only limited to the losers but the reality is competing can help you identify gaps and areas of improvement far more sharply than training.

It focuses your training 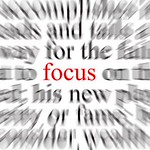 I’ve mentioned how competition can help with your learning by identifying gaps etc. But it focuses your training beyond that. We all have those days when you don’t want to go training or when you’re tired after work. There is something about competition prep that give you that extra push to get on the mats (or just encouraging you not to eat that extra donut!). Training more regularly, pushing yourself that extra bit and focusing on your game plan can only help your BJJ longer term. That extra effort on the build up to a competition can really help accelerate your BJJ development.

It’s an adrenaline rush / It’s fun!
The reality is a BJJ competition is a relatively safe environment. There are rules, there is a referee to enforce them and to keep the competitors safe. Plus 99% of all competitors want to be back at work or training the next day so they don’t want to deliberately hurt anyone. But despite all that you will still get nervous. Your body will produce adrenaline and you’ll experience the fight or flight response. Conquering your nerves is a positive skill to develop and no matter how well you manage them adrenaline is still a rush!

Plus there is the social side – you’re hanging out with your teammates and sharing a common experience. Its great social experiences and that before considering the opportunity to meet / catch-up with friends from other teams and academies. Win, lose or draw the whole competition experience can be fun. Especially when you’ve done your bit!

And if you’re not convinced about competing by me or any of these points then perhaps you’ll take Royler Gracie’s word for it!

One thought on “Why You Should Compete in BJJ (at least once!)”