I am currently in America preparing for the World Masters in Las Vegas and on Friday I’ll be stepping onto the mats. So I thought today would be apt to post about a little habit I have when I compete and that is smiling at my opposition.  Smiling isn’t a habit I’ve just developed just through BJJ despite my “Jits and Giggles” phrase. It’s something I did frequently as thai boxer and I’ll be honest it’s something I try to doin my everyday life. I generally prefer being a happy smiley person. But why do I specifically smile at my opposition in competition and is there an advantage to it?

Now despite my previous coaching experience (athletics) and a degree in Sports Science I don’t profess to be a psychologist but here’s some of my thoughts behind it and what some of the research says. 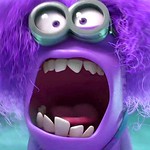 My thai boxing instructor used to comment how my smiling used to intimidate opponents as it showed I was relaxed and confident in my abilities. Personally I wasn’t so sure if that was case and that it was simply me having fun but anyhow!….

Research into male UFC fighters have actually found smiling to have opposite effect on performance. Fighters who smile at the weigh-in are more likely to lose their fight the next day. They theorised that smiling is seen a more submissive and weaker trait. Although the researcher do admit they don’t know if the research will stay the same when applied to women. 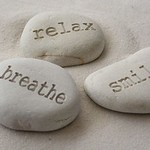 The moment as you shake hands and are about to start has the potential to be one of most nerve racking parts of the match. I have pretty effective techniques as I step on the mats to try and keep my nerves from getting the better of me but I can still feel that last minute hit of nerves. Smiling can be one of the last lines of defence to stay relaxed.

Research has shown two things to support this. One we are conditioned to see smiling as a positive thing – if we’re smiling we’re happy and things are good! Secondly research has also found when smile (even when we make ourselves smile) we release endorphins that have a physiologically relaxing effecting. They’re not only are nature’s painkiller but they also reduce levels of the stress hormone cortisol. So there is some logic in the smiling madness. 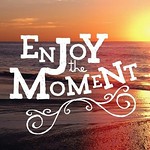 Perhaps the most important reason I smile at competition. At the end of the day what isn’t there to smile about? The hard work of the training camp is done, you’ve made weight and survived the gi check. This part is the fun bit. The reward of all that training and hard work. Realistically the result is already virtually set it’s just about how your games line up on the day. Win or learn you’ve earnt this moment so enjoy it! (plus your post comp cheat meal is around the corner!)

I haven’t planned a blog next weekend as I intend to be enjoying myself far too much! But obviously I’ll post more about my Worlds adventure on my return to the UK and they’ll be frequent updates on my social media. However the one thing that I can guarantee next week  is a smile as I step on the mat. And obviously if everything goes to plan they’ll be a few more once my hand is raised too!