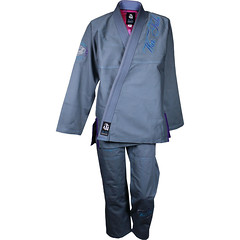 As everyone who reads my blog knows I am a total gi addict. I don’t need any more gi’s in my life but the reality is my recent trip to the states was a fantastic opportunity to pick up a new gi. I have wanted a War Tribe Gi for ages. They are a very female friendly brand and support both Mackenzie Dern and Angelica Galvao. The sales pitch claims it is “Delicate and dangerous……built for and worn by champions……designed to be as tough as the women who wear it.” The reality is it looked really pretty and totally hit my gi lust buttons! So I decided that I would definitely get one this trip and fate agreed with a very helpful airbnb host who accepted deliveries and a discount code through the fabulous Girls in Gi’s! 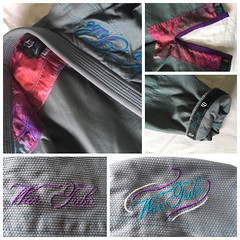 opted the grey version of the gi (they do sell white and black versions) which means it isn’t IBJJF legal but that is only due to the colour. The other versions would be fully IBJJF legal from everything I have seen. Anyhow back to this gi, it’s a beautiful shade of grey with lovely teal and purple stitching and design. The logos and embroidery are subtle (so you could patch it if you wanted to) but there just really well thought out and well pretty! The lining is sublimated and is a very pretty purple design (I love purple!). In fact the major downside of not being able to compete in this gi is that it would look so good in your podium and competition pictures!

The jacket is made from a honeycomb weave for those of a technical disposition it also has “zero grip” added to the sleeves which made the jacket very similar to my Kingz competition gi. 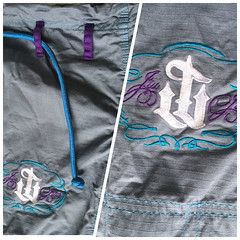 The pants are 10z ripstop pants with reinforced stitching in all the important bits as well as additional material reinforcing the knee and shin.

I ordered both the W2 pants and W2 jacket which is the nearest to me in terms of the sizing chart. Straight out of the bag the trousers were a fabulous fit not too long and not that short I was instantly panicking if they shrunk. The jacket was a little bit too large. Mainly on sleeve length and a touch in the body width. Not enough to require the dryer treatment but noticeable the first time I wore it and tried to roll. The gi’s weight isn’t really an issue for me as it’s not a competition gi but for those interested it came it and just under 2kg and my first impressions was that it would be a good training gi. Not great for a freezing gym but a good combination of thickness, lining etc to enough to deal with most british training sessions in summer and winter.

As you can see after after a few washes there was some noticable shrinkage. For me this was great news as it meant that the jacket fitted really well in the sleeve now and although the body is a little loose it is generally for me a great fitting gi. 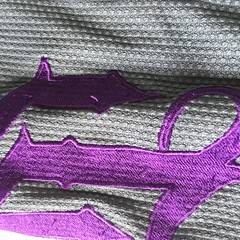 I did however notice two quality issues. The first was with the weave of the gi near the lapel but this was minor and doesn’t effect the structure or strength of the gi. The second is in the embroidery where is has become slightly frayed but again not enough to be noticeable under anything but close inspection. Both quite picky points but I am trying to be honest in my review!

In terms of actually rolling it was a very comfy gi which attracted a lot of compliments. I used it in a couple of classes as well as in a recent three hour charity seminar. It performed in a similar manner to my Grip’s Gi, the drawstring and the pants felt fabulous and performed without fault. The jacket as I mentioned did shrink slight so there wasn’t any specific performance issues overall other than the jacket seemed to open easily which one my training partner commented made lapel chokes more difficult. Whilst that is a positive it also meant I had to watch for lapel attacks! 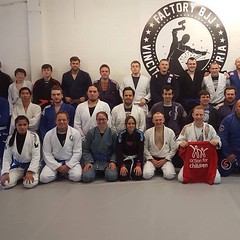 Overall this is a beautiful gi that performed well. There is obvious shrinkage but for me that was a positive but it is something to bare in mind. Although for the price point I would hoped not to have seen the couple of quality issues I’d experienced. But in its defence its not the only gi in this price range to have had occasional batch problems. If your UK based you may feel this is a bit pricey but it still cheaper than a Shoyoroll and arguably better looking! It is a beautiful female gi with a style and design that is currently unique in the market. Personally if you are in the states or travelling I certainly wouldn’t hesitate to purchase one. You’ll not only get a gorgeous gi but will also be supporting a brand that is serious about providing and supporting the female market.

I brought this gi direct from War Tribe Gear and had it shipped to my accommodation in the states. Not including the discount code it cost $169 plus $6.99 shipping (around £134). However you now can get them directly to the UK from War Tribe via their Amazon shop. This particular gi currently retails for £154.99 with free shipping which reflects the extra costs of import tax and shipping.