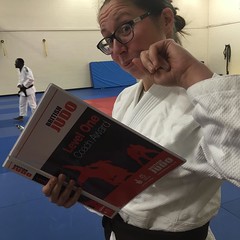 I recently completed my Level 1 coaching award in Judo and one of the questions asked was “what makes a good coach?”. Now it’s something I’ve pondered in my earlier career as I’ve spent a huge chunk of working life in Sports Development including as a coach educator as well as being an athletics performance coach before I discovered martial arts. So I thought it was perhaps time I put some of my thoughts to paper!

When I started this article I came up with a monster of an essay highlighting the key skills used to assess coaches. The problem with this approach and of most of the articles on the internet is that they tend to be quite specific in terms on their list of requirement and they don’t take into account three key aspects – 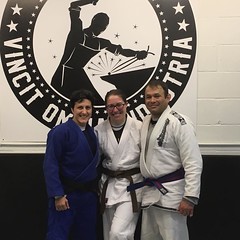 Now a head coach is usually the figurehead of the club so they do have a massive influence over its culture and the general vibe of the gym. But in some clubs there are more than one coach or the head of the affiliation has a larger influence over the culture of the club. You might find a fabulous coach you can work with but if the head coach isn’t as fabulous or if the culture doesn’t fit you then it’s probably not somewhere you can stay for the long run and remain happy. Similarly you may love your coach and club but if you aren’t comfortable representing your affiliation and wearing that brand / patch it can become difficult to stay.

Oh and finally you’ll notice that I deliberately use the term coach rather than instructor as I do differentiate between the two. An instructor is qualified and can teach me a skill but a coach is the person who trains and instructs me. They are the people who mold my game and help me develop as an athlete. Someone once told me the difference was like the proverb

The instructor simply teaches you a skill is giving you a fish. Its great and you can learn a lot but ultimately its limited. A coach will show you those skills but also how to apply them and giving you a whole world of BJJ opportunities. There very much more on a journey with you. But what makes a good coach? There a 101 things that can be the marker of a good coach but I tend to group it into 4 key themes:-

Knowledge of the Sport 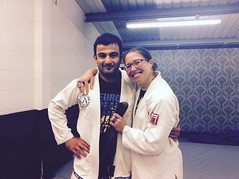 This does not automatically mean that they have to be black belt or that they have to have won lots of medals. But they do need to have had enough knowledge and experience compared to where you are as an athlete to help you to move forward. The biggest clue is their approach to knowledge – a good coach doesn’t settle – they keep working on their knowledge by working with higher level coaches than them and / or attending seminars (tip – usually this isn’t just coaches from their lineage or affiliation). Sport always evolves and a good coach tries to keep themselves up to date and moving forward so they can move their athlete forward. A quick facebook search tends to help suss that out!

More controversially a good coach also knows the limit of their knowledge. BJJ is a huge sport with lots of aspects. A good coach should know when their at the limits of their abilities and knowledge. For example your becoming a natural at the x-guard game. Your coach has taught you the basics but if it’s not really their thing or specialism. A good coach will look to link you to someone who is an expert in that field for a private / seminars / visit their gym etc if it’s appropriate. It isn’t necessarily about you having to move on as an athletes but they certainly wouldn’t stop you exploring that aspect of your game. Plus linking to the point above depending on their level a great coach might even go with you so they can learn as you do!

As a general rule people want and expect a coach to be organised. People might joke about “Brazilian Time” but generally sessions should be well run and thought out. Yes there will be adaptations to sessions depending on numbers and ability but generally you know your coach has a plan of what will be taught when and how.

I have three examples of how I’ve spotted this

Coaching Style & Ability
I’ve mentioned already that personality does play a role but coaching style goes a little beyond that. A good coach should be able to adapt their teaching style or that everyone an the most out of a session reg

ardless of their learning style or reason for doing BJJ. For example some coaches are high level technical wizards but just can’t break movements down so novices can understand them “you just da, da, da dadadaaa!”

It’s one of the main reason why having more than one coach at a gym can be really beneficial as it increases the chances their being someone who can speak “your style”. But don’t worry too much it’s why been able to do taster classes is a great idea to get an idea if things will work for you before signing up for membership. My last point on coaching abilities is that being good at anything isn’t the same as being able to teach it! The most common analogy is in boxing. Some of the best boxing coaches in the world (such as Freddie Roache) weren’t the best athletes. It one of the reasons why championships and medals alone don’t matter. 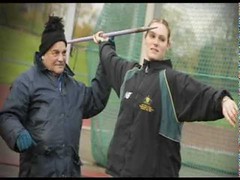 Last but not least is their reputation. There are two aspects to this. Firstly the BJJ community is quite small and people know who’s who but even so most coaches won’t mind you asking how they got into BJJ and what their linage is. It rare to get a “fake instructor” but it needs mentioning. Secondly, you rarely come across anyone who isn’t a nice person but feel free to ask around especially if you know other practitioners. You’ll quickly get a sense of their reputation as a coach, person or business owner. Also ultimately on this one though don’t ignore your gut instinct – there usually right!

I hope you’ve enjoyed this blog. Being a great coach obviously goes much deeper than these headings and I may go into some of those skills and traits on a later date but from an athlete perspective these pointers are a great starting point.

This blog also gave me the rather self indulgent luxury of using some pics of my favourite coaches past and present who basically not only managed to put up with me but who also left their own little mark on me as a person / coach or athlete!