Well the blog is officially entering into the terrible twos! It’s been two years since I got my blue belt and started sharing my random thought and waffle with you all! Part of this blog has always been about sharing and recording my own journey and previously this has included reflections from my first week and my first year as a blue belt. So it make sense to take some time to be reflective yet again.

So whats happened in the last year?
Not a lot has changed really! I’m still at Factory BJJ and get regular training in alongside general squishing, tapping and tickle attacks! My hubby also still trains at Stealth BJJ but despite my recent blog we have managed a few competition classes grouped together and have not yet filed for divorce!

Competition wise as readers will know has been a mixed experience. I’ve had some awesome adventures but a mixture of pretty good successes, as well as few not so great results – all of which I’ve blogged about on here. I’ve also had some life stuff getting in the way including a few injuries which I may or may not blog about it the future. 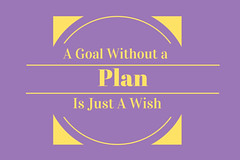 I haven’t really changed my goals since last year’s blog. Jits wise I am still very much been looking at rounding my game and over the last few months have really tried some new things outside of my comfort zone which has started to show results. When not trying a new inverted, spinning, hybrid guard sweepy things (or something like that) the rest of my mat time has been revisiting old favourites to give them a polish or re-tune. I wrote about “purplising” my game last year and that all still holds true. Micro gains, small details, digging deeper and fine tuning are all very much part of my thought process

flow of be a shouty argument. I totally understood this from a training perspective but now following some chats with my coach about my recent competitions it’s also becoming clear to me as a competitor. My best performances (win or lose) were the jiu jitsu version of a passionate conversation. Yes there were fiery exchanges but they also used beautiful diverse language. The poorer performances felt like a teenage squabble – lots of shouting but very little subtlety or change of tactics. Now the easy option is to blame my opponent for not moving or “talking” to me but that’s not really constructive.

So it’s now time to look at how to get more tricky and persuasive in my competition game. Fooling people into opening up, calming their nature, provoking a reaction or just shutting them up! It’s not going to be an easy thing to achieve as it’s very much more a conceptual idea than gathering techniques – not just “what I say but how I say it” using the debate analogy.

Progress in anything is never a linear journey and this year has definitely reminded me of that. A blue belt is still a beginners belt despite how far we’ve travelled through our time at white belt and I currently have a funny feeling that with my goals this year that I really am jumping down a jiu jitsu rabbit hole – it’s not something I’ll ever actually achieve. I’ll just find constantly find another angle or something to develop but it complements my goal last year and definitely makes sure I’ll never run out of stuff to work on and learn! 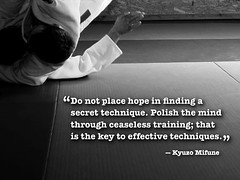 2 thoughts on “The 2nd Birthday Blog!”