A couple of years ago I wrote a blog about default medals in BJJ and I’m not sure whether it’s been stepping out of the competition circuit a little bit, the rise of social media and athlete pages or simply just getting older and grumpier. But for some reason I’ve started to feel the urge to revisit it – so here goes!

As I mentioned in my previous blog default medals happen. They’re not always your fault and you can only fight who’s entered etc. But let’s be honest one big positive is that at least it means you get the chance of revenge in the absolute. But recapping what I said in my last blog:

Although in the last few months I have spotted a few other variations of podium impoliteness which are variations to people’s responses and reactions to default medals.

Straight Finals / Incomplete Divisions
These are similar to default medals in that you can’t help who you end up fighting. If you only

have one match then you only have one match. It happens and it’s nothing to be ashamed of. By all means enjoy your win and celebrate but be honest and don’t make it sound like you had an epic day battling through a division and multiple opponents! As I mentioned in my last blog it’s a little bit disrespectful to your opponent but it also means that your potentially setting yourself up. It’s like the boy who cried wolf. If people assume you always win and smash everyone then they wont know when to really celebrate with you! These types of claims are usually spotted through their similarity to default medals i.e. cropped podium pictures but more typically an individual shot of them just holding their medal (podium optional!). 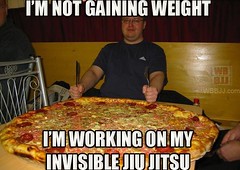 teammates, have done it for an easier bracket, or to be guaranteed a medal. I understand potentially doing it to avoid team mates but opinions on the ethics of changing weight to ensure a better result are mixed from the discussions I’ve had. Some people think it’s fair game to move up weights as there are disadvantages to fighting in a heavier division. Personally, I have always been the same weight category so it’s not something I’ve considered except when I couldn’t get a match in my own category. You fight what enters whether it’s 2 or 22 of you. Anyway, ethics aside if you do fight up a category because you don’t make-weight or choose to fight a heavier group (when there was entrants in your “normal” division) do not start posting about how you did so well consider you were x or y division up from your category.

If you failed to make lightweight and competed in Middleweight then middleweight was your category on that day. You weighed into the same division as your opponents. To say otherwise is rude to both the people you fought as your claiming they had an advantage (either as an excuse to make yourself sound extra awesome) but also to the opponent in the lower division as you’re implying you’d have won if you’d fought them (undermining what they did including actually making weight!). I understand that it’s hard to admit that you have had to change divisions especially as a female “increasing” weight but if it’s happening repeatedly then it’s really not a case of missing weight, it’s a case of being in the wrong division!

Inside Bronze
Last but not least I am going share one podium trick / game that isn’t about politeness as such but is simply for childish amusement (and I’m not beneath that)!

Not all bronze medals are created equal. The inside bronze spot is highly prized, simply because you’re nearer to the gold! Traditionally it has been argues that the athlete who lost to the winner gets to claim that spot but without being laid out formally for most podium presentation the game is afoot. It also helps you look better on the podium pictures especially as getting a secure footing for on the top step for the “group shot” it also gives you little something to amuse yourself with if your feeling a little down about your result! Plus the more people know about the more challenging this trick will be come. It’s way more technically challenging than the other competition game of race to the ref (and less tiring!).

Although bringing it back to topic – 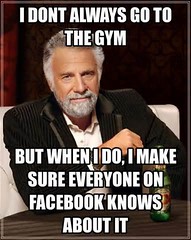 whilst I do have a rant now and again about medals I do understand why people behave a certain way around competition results. Coaches want them to promote the club and certain gym cultures really value success and add an expectation to be seen picking up medals. Also people associate winning with being closer to that next promotion and lets be honest most of us would like to be seen as “good” at BJJ! Plus with social media there is the pressure to portray yourself in certain ways (which are never the warts and all). It all just starts to merge together and actually makes it about your reputation and persona rather than having fun and enjoying the experience!

In this sport nobody wins forever even Marcelo Garcia lost a couple of matches, so it really isn’t worth the added pressure on yourself. So with that in mind I am going to finish with the quote from my original blog –

“Competitions are just a snippet of your journey and provide milestones to remember. It’s easy to make them the be all and end all measurement of your BJJ. In reality BJJ is so much more. Your behaviour, learning and ultimately what you go onto do is what will define you as a practitioner and artist.”

One thought on “Podium Impoliteness”