I’ve posted lots of blogs over the years looking at female grappling from a range of aspects. It’s generally known that great coaching means adapting your style for different people as we all learn in different ways. Most people have heard of different learning styles and have a basic awareness of their own. But if one size ultimately doesn’t fit all is there a difference between how to coach male and female grapplers?

Let’s start with the obvious – men and women are physically similar in a lot of ways but here are the key difference due to muscle mass, hormone, bone length and density etc.

To sum these up research indicated that with all the physical factors combine female strength is ~66% of weight-matched males. (so that’s an extra 34% of muscling to deal with if all things are equal lol!) (1)

Linked to this we also have a menstrual cycle. There is a surprising lack of evidence re its actual effect of training (and therefore coaching and session planning). However, 40% of exercising women believe that their menstrual cycle impacts their training and performance, but the underlying mechanisms for any such effects, and how to best mitigate them, have yet to be determined. (1)

Moving onto the last point – to put it simply there is evidence that female brains are wired differently to males. Psychologist Louann Brizendine (2) tried to explain into to main types of differences:

But theory aside how can some of this be put into practice? Well obviously techniques can be adapted for different physical sizes and abilities and there are a host of articles of choosing your roles and how to roll with the opposite sex. So I am going to focus on some of the psychological differences –

Communication – A number of articles raise the importance of good communication when working with female athletes. This isn’t just about the tone and common sense i.e. aspects like treating people fairly and with respect. It about the importance for female athletes of a “Why”. (4) Female athletes can follow instructions if you simply to tell them to x,y or z. But by giving them the reason and rationale why the improved insight can really have positive results. They may not always agree but female athletes tend to prefer a more collaborative than a dictatorial approach to their training planning. Women have a stronger mental image of their strengths, weakness and where they want to go. (5)

Social Connection is generally more important to female athletes. Although it’s not that surprising considering BJJ is something most people do in their spare time. You want to hang about with friends and people you generally get on within the majority of your time out of work!  Regarding the coach, few female athletes seem to need their coach to be their friend, but they do appreciate it when they make an effort to get to know them, their personality and what motivates them (5).

As mentioned above female athletes tend to want to know the reasons and rationale behind something. Now, this can be great for BJJ as understanding the principle and the finer details of techniques can obviously really help with game development. But with everything, there is always a downside. Linked to this you need to be very careful with how you give feedback.

Pointing out an athletes mistake publicly or making a misjudged comment (male-dominated gyms are often full of “banter” that isn’t always that funny) can be a negative strategy. Similar comparing an athlete to another can be misinterpreted. Female athletes 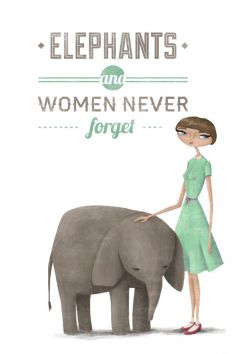 won’t always see it as praise for the other person or an opportunity to learn but rather as criticism or them not being good enough. It’s generally not motivational to female athletes, can make her fearful to try things to improve and can cause negative self-perception. This is combined with a female trait of having the memory of an elephant! Women including female athletes can very easily hold on to things. Emotional baggage isn’t always healthy but it doesn’t stop it happening. A negative experience can not just spoil a coach/athlete relationship permanently but also inhibit their future development. Nobody is perfect including making mistakes and misjudgement but negative feedback as a strategy often causes more harm than good (4).

This blog gives a very brief overview into some of the researched differences between male and female athletes. But let’s be honest ultimately being a successful coach is about treating athletes as individuals. Some people want to compete, some want to meet people and others simply want to get fitter. Everyone is different with their own expectations, goals and learning styles.  Very few people know exactly what their preferences are but over time you can learn together. As a coach, it’s about realising one size doesn’t fit all and sometimes you have to be flexible and try and different approach to get the best out of your athlete and out of yourself as a coach.

NB: The Amazon links within this post are affiliate links.