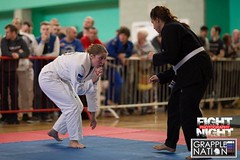 Ok so this might appear to be a rather random post considering it’s going live on the site whilst I am literally warming up for my match at the IBJJF European Championships. Around 3500 people are competing this week in Portugal from white belt through to some black belt stars and legends of the sport. So obviously a lot of people (including myself) do care about competition!

I will probably do a blog at some stage regarding my views on why you should compete as there are a 101 positive reason but today I will focus on why no matter how big and important they seem competitions really don’t matter in the long term as much as it  inevitably feels. 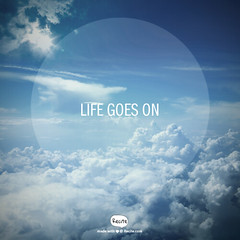 Life Goes On
Winning is amazing. But it will not change your life! Regardless of the result two things will happen after the event. One I will have to go back to my day job as the result won’t create epic riches or a world BJJ seminar tour. And two, I will be back in the gym next week, in class amongst all of my teammates and other than perhaps a little shout out from my coach and some social media attention from them nothing else will be different.

Most People Don’t Care
I don’t mean this in a bad way but:-

The next day you will be the only person thinking about your match. 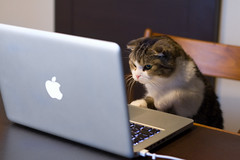 OK maybe your opponent will be as well and perhaps your coach when he watches the video but generally it will only be you repeatedly analysing what happened in your match. Once the dust has settled and the comp is over nobody tends to remember the results of anything but key black belt divisions let alone “Female, Blue Belt, Master 1, Middleweight” and certainly they wont remember every detail of the match. Let’s be honest you were bored just reading the sentence describing my category!

I’ve watch friends beat themselves up before and after competitions and don’t get me wrong I’ve needed my fair share of hugs and tissues afterwards too. I’ve just been lucky that I’ve had some wiser friends share with me what I am passing on to you! Including reminding me of the harsh reality that 50% of your bracket lose in the first round! Also that it’s not always the best people who win tournaments, it’s who the brackets match up best for – different draws could have meant different results.

Ultimately competitions are a snapshot in time, a great learning experience, a focus for training and an opportunity to travel and spend time with your BJJ friends and family. But speaking as BJJ Minion that has life, work and all that stuff happening they should be not (and aren’t) the sole measure of your ability or worth as a jiu jitsu practitioner.

P.S A brief disclaimer /  word of warning
Do not mistake this blog for weakness! I will give my all on the mat and do everything in power to get that win! I never go to the competition with the intention of just making up the numbers or enjoying the trip!

I just also know that regardless of the result I will be celebrating with Portuguese wine and a custard tart or two as I will have had a great time with friends, learnt more about my BJJ and will be coming back to the gym with a game plan to take things to the next level!