The BJJ Minion is now officially one year old! A huge thank you to everyone who has helped support the blog and to everyone who has taken the time to read my various rants and waffle! I would never have predicted that so many people would stop by and have a read! Now one of my earliest blogs was a reflection on my first weeks as a belt belt so it made sense to me to give a little update now that it’s my blogs birthday.

So in the last year what’s changed in my BJJ Minion World?

So what’s stayed the same?

Well I’ve host of competition goals which I’ll blog about as part of my adventures but ultimately it’s still all about getting better at grappling and BJJ. Part of that will be continuing to round my game in my ongoing ambition to be dangerous in every position! Well maybe the term “dangerous” might be optimistic but I at least I will have a solid plan of attack and / or defense!

Overall during the next year I am generally going to take the advice of my coach (never a bad idea!). It’s time to purple-ise! Now I have no illusions that I am anywhere near my purple belt yet so this really isn’t about the belt but rather a name for a concept (stole from John Will) that I’m going to try and embrace.

John Will explained the phrase beautifully on reddit basically its about getting better at what I know and not necessarily looking for the next new technique or the holy grail for my game.

It’s looking for those small adaptations which will make bigger gains longer term. Turning my techniques into high percentage moves  – tightening up, tweaking, unlocking and debugging. Trying to understand the triggers better and why they work. Generally trying to string and chain thing together better. Of course I will learn new techniques as there will be gaps and because BJJ is always evolving. So lets be honest this is more than a year’s work and its something I’ll probably end up constantly doing (except the tweaks and the details may be smaller, deeper and more refined as I progress). But for now its plan to move forward. Afterall…. 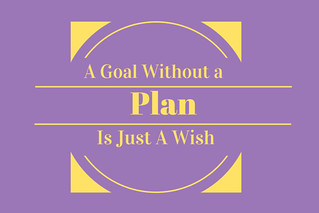