Nope this isn’t a blog about messing up when your in closed guard or forgetting all your techniques – although I’ve been there and gotten the t-shirt! This is actually a blog about trying to choke you opponent whilst in their closed guard. 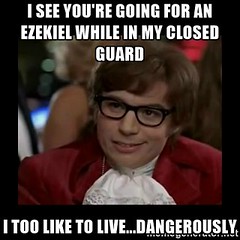 As you may know I have started referring on the local competition circuit. One advantage of this is that I have started to see a whole of host of trends in terms of what’s the popular moves, techniques and approaches being taken to competition. Some of these make perfect sense and others make a little less sense. A few weeks ago I was referring white belt matches all day and notices a large number of choke attempts from within their opponent’s closed guard. It wasn’t just one type of choke either I saw a number of push chokes, cross collar attempts and ezekiel attempts all from within the guard. Plus a number of coaches and corner peeps were actively encouraging it so I couldn’t put it all down to the heat of the moment or those first competition nerves!

Now I’ve always been told my first priority in my opponent’s closed guard is essentially to get out of it! But there are also exceptions to every rule so i decided to ask the group mind (otherwise known as the internet for their viewpoints!) as well as a few trusted friends.

From my rudimental research it appears there appears to be essentially four camps of thoughts on this: 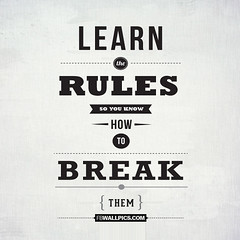 The commonality for nearly all of those groups attempting chokes is their choke of choice. Cross collar chokes are rarely used by those knowing the risks. There is an occasional push choke from the baiters but the mosts discussed and acceptable choke from closed guard appears to be the Ezeike.

Now from discussions I’ve had with my friendly higher belts this does appear to make the most sense as there isn’t the space and the exposed long levers that the other chokes have the greater opportunity for. However the general viewpoint is that the key is in controlling the hips and having your hips higher (it’s alway about the hips in BJJ!). I suspect body type (length compared to your opponent) may also play a role in the success of this technique.

Personally I’m not going to suddenly go away and drill this to become part of my A game. I already have a heap of stuff that I’m working on at the moment which is obviously all very top secret mojo BJJ stuff! But it is always good to be aware of the trend that are out there and the habits people are developing even if it is just so you can be aware and perhaps break a few personal rules once in a little while!

I had planned on leaving with a few technical examples of potential techniques but they were incredibly hard to find! Which is perhaps a statement of it own regarding their potential as a high percentage move but I did find one so that you can see for yourself and make your own mind up.

One thought on “Choking in Closed Guard”